It’s been a peculiar week on the internet, with all kinds of odd things popping up: like this article from The Telegraph, which bounces bizarrely from British Museum acquisitions to recreational trepanning.

Then of course there are the 30-50 feral hogs who have broken the internet this week. Nobody can quite pin down exactly why this no doubt serious issue is funny… but that doesn’t stop people running with it. The academic corner of Twitter has not hesitated to jump in, with earnest discussions of, for instance, the colonialist history of ‘feral’ hogs in America. And then there are the classical links… 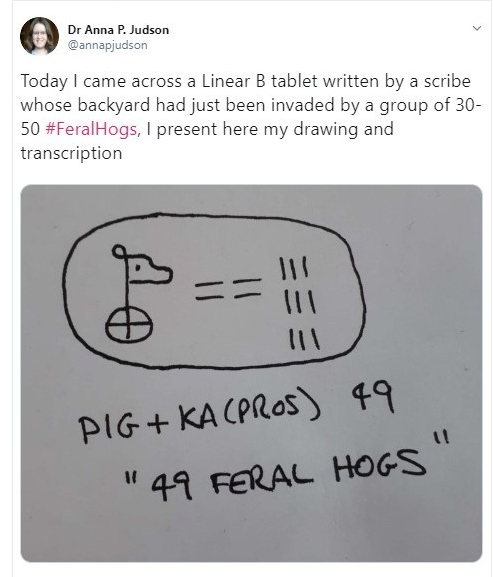 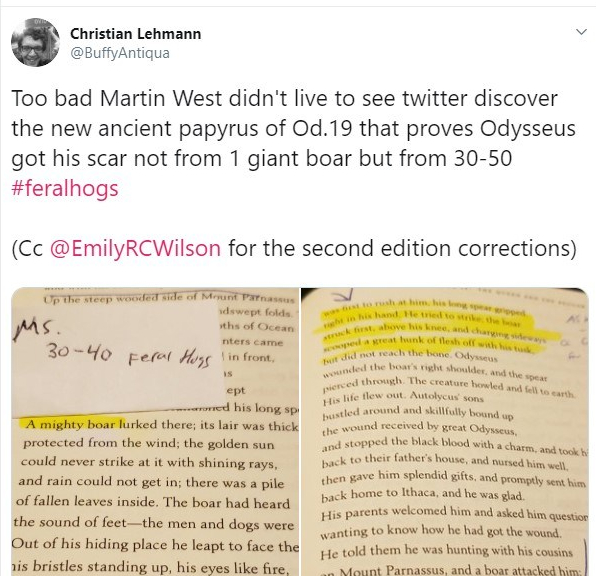 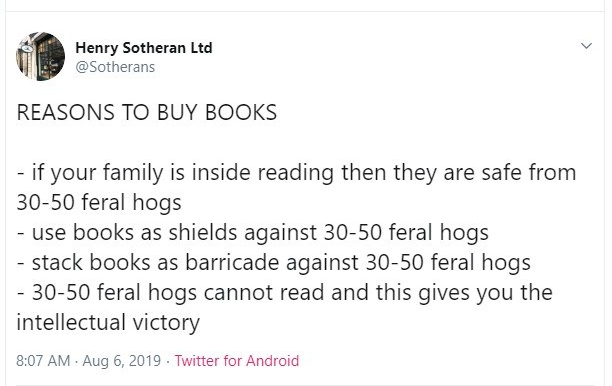 As classicists, we have a lot of examples of giant boars (insert obvious joke here…). There’s the boar who gave Odysseus the scar, the Erymanthian Boar of Hercules’ Labours, and of course the great Calydonian Boar Hunt. Here be no dragons: classicists have monstrous mythical pigs instead.

I admit that I’m rather a fan of the Calydonian Boar Hunt. Partly because it pops up in Book 8 of Ovid’s Metamorphoses, which is one of my favourites. And partly because it’s like one of those movies where all the superheroes come together: the Avengers Assemble of the ancient world. There’s a gang of heroes (Wikipedia has a list), all in pursuit of a monster together, and they’re all having a laugh – until people start getting disembowelled, of course.

I drifted around the internet for a while in search of Boars of Antiquity, and ran across a great story about a Rubens painting of the Calydonian Boar Hunt, which was apparently stolen by bumbling burglars who dropped a more valuable painting, and was recovered because the amateur villains forgot to take the label off when they tried to sell it. Then it turned out that it wasn’t really a Rubens anyway. Somebody should make the movie.

Then yesterday we had the joy that was International Cat Day – which my cats celebrated by throwing up in the middle of a dark hallway so that I would step in it when I came home. They’re cross because it’s rained for two days, so they’re making me suffer. Some days I wonder why I’m a cat person. A nice stick insect would be much less trouble.

Here I present a selection of the ancient-world-cat-related links being passed around yesterday, for those of you who also know the delight of stepping in something nasty in the dark.

… and the story of the resident BM cats – British Museum Podcast

Emperors of the third century in cat pics – Twitter

(And if you’re a fan of randomly designated ‘named days’, take note that today is Book Lovers’ Day. This could be a handy excuse, should you need one, to buy a new book: or several, perhaps…)

In other corners of the internet…

Classics For All events – The Classics Library

A classicist hero to working-class children – The Edithorial

The dangers of loving Sparta – The New Republic

An Athenian take on Brexit – The Spectator