Today’s interview is with Tony Keen

Not really something direct from the ancient world. There are lots of places I like to go, such as forts on Hadrian’s Wall, though I can’t go there regularly. But my comfort reading tends to be non-classical—non-fiction or science fiction/fantasy (I revisit Lord of the Rings a lot), and comics. Even what is probably my favourite writer from the ancient world, Catullus, isn’t someone I read often for pure pleasure. So I am going to pick something derived from ancient Rome, specifically a movie, since that’s what I’m an expert in these days. And that movie is Carry On Cleo—a great opportunity to sit down, have a good laugh, and call it ‘research’.

When did you first come across this movie?

I guess I first saw it in the early 70s, when I was still a primary school kid. The Carry Ons were shown constantly on tv through that period, and I was certainly very familiar with it by time I went to university.

Can you tell me a bit about this movie and its context?

Carry On Cleo was the tenth Carry On. The Carry Ons had begun by making fun of various British institutions (National Service, the NHS, schools), but had recently switched to genre parodies. Cleo, of course, parodies the ancient Roman epic in general, and the 1963 Cleopatra in particular. It’s also interesting for how it shows the Carry Ons as an evolving process. We think that we know the Carry On cast, and the roles they play, but Bernard Bresslaw and Peter Butterworth hadn’t done a Carry On yet, Barbara Windsor and Hattie Jacques are missing, and Jim Dale’s still playing heroic straight men rather than the idiotic heroes he’s best known for now. 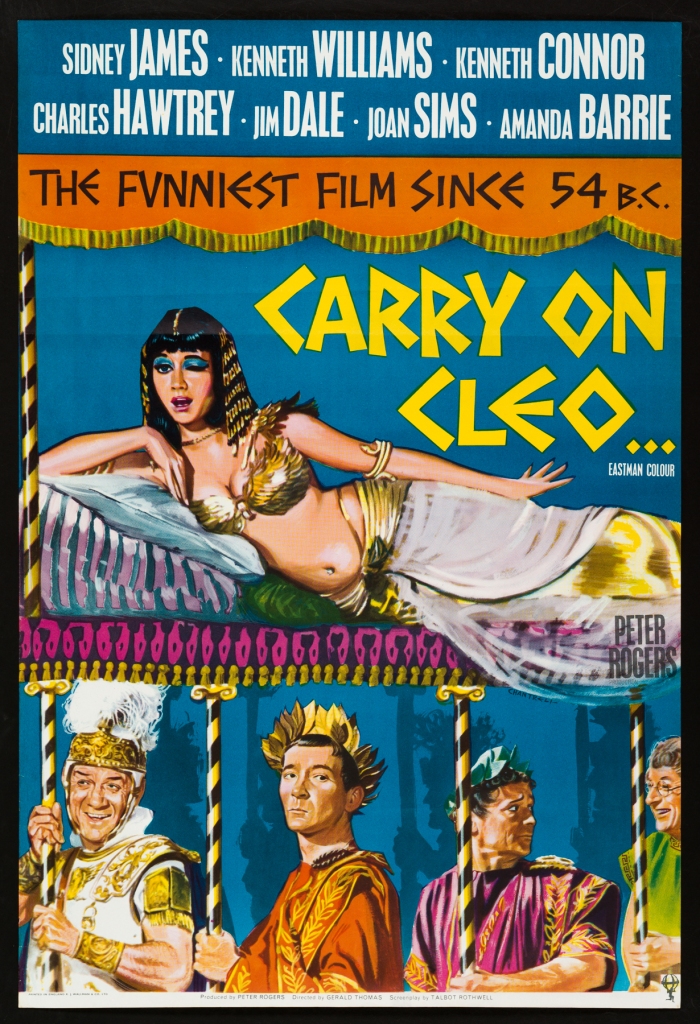 What is it about this movie that appeals to you most?

It’s just plain funny. It’s easy to point the finger at the Carry Ons for being vulgar and unsophisticated, but they’re very representative of British working class humour, and I think there’s a degree of snobbery in how some people talk about them. There’s marvellous interplay between Kenneth Williams as Julius Caesar and Sid James as Mark Antony, who had been working together for a decade. And everyone else—Amanda Barrie as Cleopatra, Joan Sims as Calpurnia, Jon Pertwee as the soothsayer, etc.—are on top form. (Though I confess, it’s not quite my favourite—that’s Carry On Up The Khyber.)

These days, I do model railways. Not been able to do as much since lockdown started, as I can’t get to the clubs, but I’ve been making a few card locomotives.

Tony Keen is an Adjunct Associate Professor at the University of Notre Dame (USA) in England, where he teaches Roman Britain. He also is currently teaching a course on Cinema and Ancient Greece and Rome for the Manchester Continuing Education Network. Over a thirty-year career, he’s taught mythology, Greek and Roman history, Latin language, Greek and Latin literature in translation, and has written on ancient Lycia, the Achaemenid Persians, Doctor Who, science fiction, and a number of other subjects. He is currently working on a book on Roman Britain on screen. He lives in Nottingham, with his wife and two huskies. 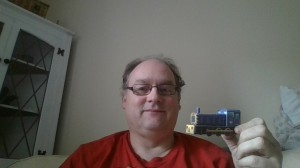