I’ve been streaming film versions of A Christmas Carol to see how much movie-makers have managed to mangle Dickens’ material. How faithful is each interpretation to the text? There’s a lesson there to be had, I thought – about translations of ancient works and their adaptation for stage and screen. Quite what that lesson is I’m not sure, since my favourite reworking of Dickens’ classic Yuletide tale is A Muppet Christmas Carol. Are we perhaps ready for Muppet Medea the Musical? Miss Piggy would undoubtedly play the title role to a tee. Hmmm… ?! 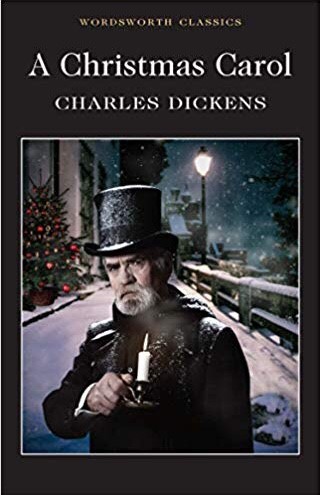 Anyway, back to Dickens and, indeed, of all people, to Pliny the Younger. As I watched Alex Guinness (Marley’s ghost) float into shot to terrify Albert Finney (Scrooge) with an almighty clanking and clattering of great chains and attendant ironmongery in Ronald Neame’s family musical stab at the story, I thought ‘hang on… now why does that ring a bell?’.

So off I scurried to dig out my old copy of A Christmas Carol which, for some reason, I can quite specifically recall selecting, some forty years ago, from a revolving wire bookstand on wheels behind the door of the village post office. Why on Earth I should remember that, I’ve no idea. They’ve long since closed the Post Office, of course – tut, tut!

Back to the book. About two-thirds of the way through the first chapter (Stave One: Marley’s Ghost) you get to the clanking chains kerfuffle. Underlined at that point in my corner-curled copy is “Scrooge then remembered to have heard that ghosts in haunted houses were described as dragging chains”; and there, in the margin, in pencil, ‘Pliny’s ghost?’. Aha! 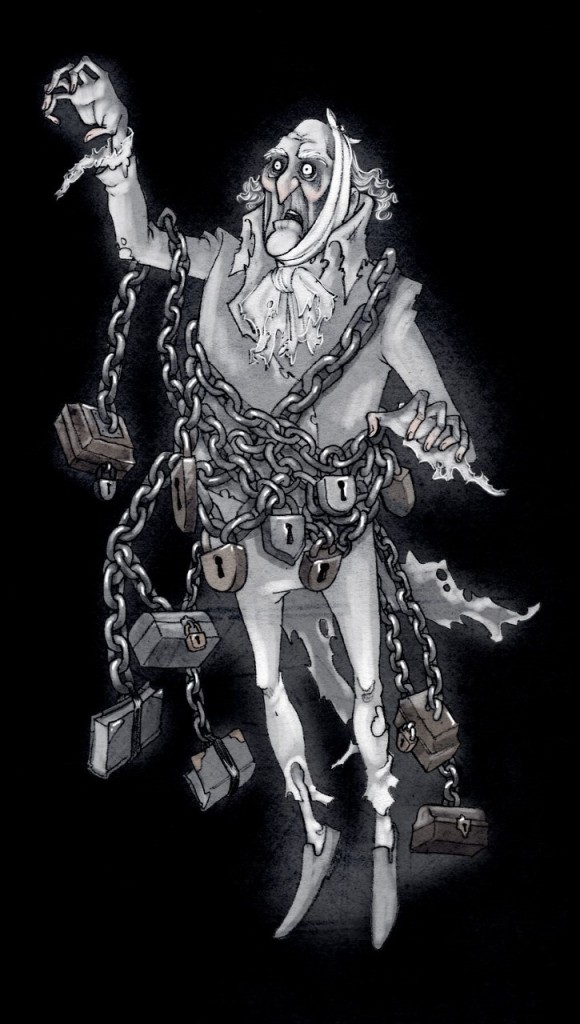 Back to the bookcase and to one of two copies of Betty Radice’s Penguin Classics translation of The Letters of The Younger Pliny. Leaving aside the mildly intriguing puzzle of why I’ve more than one of these (how did that happen?), and turning to the back of the book to look up ‘ghost’, I find only an ‘Index of Proper Names and Places’ (don’t you just hate it when that happens?!) so: no go – no ‘ghost’! 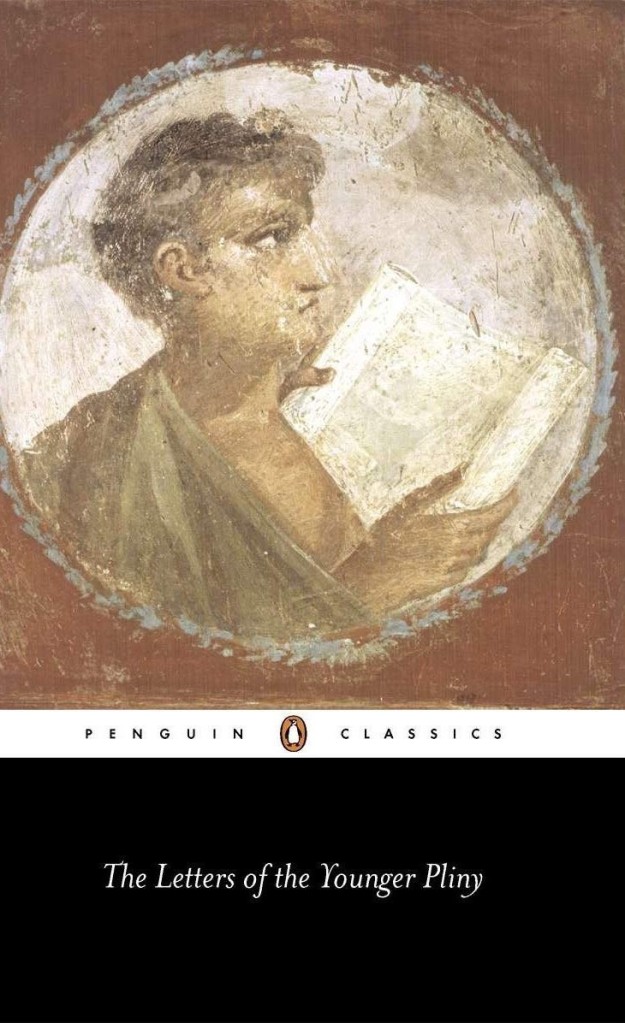 Google to the rescue, and I soon know I want Book 7, Letter 27 To Licinius Sura. There Pliny tells of a haunted house where “at dead of night the clanking of iron and… the rattle of chains could be heard”. Boom! Intertextuality rocks down the ages.

According to Pliny, a philosopher decided to investigate and – à la Yvette Fielding (which will mean nothing to you if you’ve never seen Most Haunted) – stayed overnight. To focus his mind he sat and wrote and “at first there was nothing but the general silence of the night; then came the clanking of iron and the dragging of chains… Then the noise grew louder, came nearer, was heard in the doorway, and then inside the room. He looked round, saw and recognised the ghost… it stood rattling its chains over his head.” Ooooo…!

Now, if you bear that excerpt from Pliny in mind while you watch the ‘Marley’s Ghost’ scene in Scrooge the musical (0:29:18-0:32:22; free on Amazon Prime), you can’t but be struck by the similarities; the film, at that point, really does seem to accentuate how Dickens appears to be echoing Pliny. So, when he says Scrooge “remembered to have heard that ghosts in haunted houses were described as dragging chains” is that because Dickens himself recalled reading this tale from Pliny – perhaps in his Latin lessons at school?

Had Dickens said Scrooge remembered ‘that he had heard’ about ghosts, then we might be less inclined to think so. But his use of the ‘accusative-plus-infinitive’ construction of indirect speech to report that Scrooge remembered ‘[himself] to have heard’ about ghosts seems very Latin-like. But then I know nothing of the grammatical conventions and general style of Victorian narrative prose of the time. What I do know, I think, is that I most probably first encountered the ancient ghost story (though I can’t wholly vouch for this) in the selection of Pliny’s letters I studied, long ago, for O level. Hence the ‘Pliny’s ghost?’ marginal note in my copy of A Christmas Carol.

Did Dickens, likewise, read Pliny? And in the original or in translation? A quick Google of ‘Dickens Pliny ghost’ shows that the spooky parallel has been spotted by plenty of other people. Googling ‘Did Dickens learn Latin?’ turns up this entry, which says that “at Wellington House Academy, on the Hampstead Road, which he attended for two years in his teens, [Dickens] actually won the Latin Prize”. Whether that got him to the point where he read Pliny in the original, translated the tale for himself, or first encountered it in translation; or whether the story’s similarities with Dickens’ portrayal of Marley’s Ghost are entirely coincidental – well, perhaps someone out there with an interest in Classical reception might fancy knocking a research proposal into shape out of that idea.