Speakers of English have difficulty grasping one fundamental component of Latin grammar: the cases of nouns. So I’ve put this page together to talk you through this basic element – with a little bit of help from a true classic: Tom and Jerry.

One of the simplest forms of an English sentence is the Subject-Verb-Object sentence (S-V-O for short). Let me demonstrate…

Here we have Tom pursuing Jerry, as usual. Our Subject-Verb-Object sentence is:

It’s just about the simplest sentence you can make in English – so it gives us a chance to cover some basics.

‘Chases’ is the verb (a verb is a ‘doing’ word) and it’s in the middle of our sentence, sandwiched between Tom and Jerry. It’s a present-tense verb: there’s no sign that this has happened in the past or will happen in the future.

Tom and Jerry are both nouns (as are ‘cat’ and ‘mouse’) because the names of people, places and things are nouns. When we’re talking about ‘subjects’ and ‘objects’, we’re always referring to nouns.

In this sentence, Tom the Noun Cat is the subject of the verb, because he’s the one who’s doing it. He comes first, in our English S-V-O word order.

But, really, how often does this situation end well for poor Tom? Usually he ends up being hit by a frying pan or getting his tail caught in a mousetrap: and then the tables are turned.

So let’s turn our grammatical tables and switch our sentence around, so that it becomes:

We’ve still got our verb (‘chases’) in the middle of the sentence, right where we left it. But Noun Jerry and Noun Tom have swapped places, and they’ve also swapped roles within the sentence. Now Jerry is the subject of the sentence, since he’s doing the chasing, and Tom is the object, since he’s now being chased. 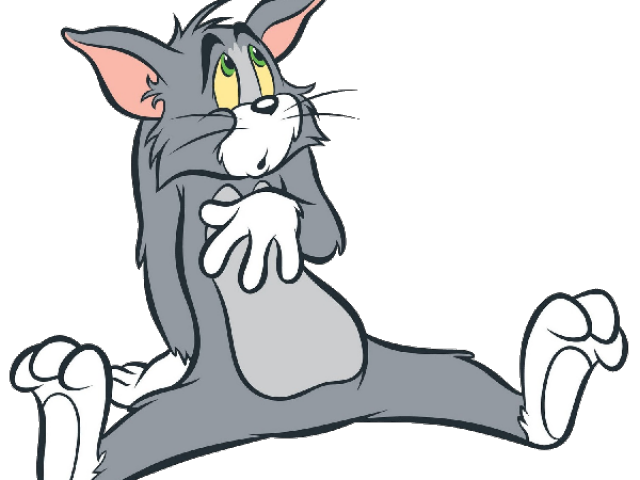 This is what English does. The words stay the same, but tweaking their order can change the meaning – or even reverse it, so that Tom goes from being the chaser to being the chased.

Latin doesn’t do this. In Latin the word order is like a kaleidoscope: words can be shaken up and put back together in different configurations without altering the meaning. Latin does this by changing the endings of nouns so that we always know who is the subject and who is the object.

More on that later…

Back to subjects and objects, and a short activity. Watch this clip from a classic 1941 Tom and Jerry episode (you know you want to…):

While you’re watching it, make a list of three-word sentences which describe the action. Do this the old fashioned way, on a piece of paper with a pen: we’re pretty old-school still in Classics.

Each sentence should have Tom in it, and Jerry too. The only things that should vary are the verb and the positioning of the two names. You might start with:

You’ll find that it’s not easy to keep to a simple S-V-O structure. English is a complicated language with a tendency to resist simplicity, and a lot of verbs just don’t allow a simple structure! Keep trying, until you’ve come up with a list of between 10 and 15 sentences. It doesn’t matter if some of them sound a bit ridiculous (if that doesn’t bother the guy in this video, then it shouldn’t bother you…!).

An introduction to ‘marking up’

What next? Well, next we ‘mark up’ your Tom and Jerry sentences. ‘Marking up’ is something that you’ll be doing when you translate Latin passages: so it’s good to start developing a system now. It’s fun and easy to do, so don’t panic!

First you mark the verb – the ‘doing’ word – in each sentence. Perhaps you’ll want to circle it, or underline it in red, or use a highlighter: it doesn’t matter what you do, as long as you do the same for every verb.

(Put some thought into this: you’ll be doing it a LOT when you read Latin. Good excuse to buy new stationery…?)

Once you’ve marked the verb, you should go on to mark the subject of each sentence: that’s the character who is doing the action of the verb. Mark him in a way that stands out from the verb: a different colour, maybe, or a different type of underlining.

Then you mark up the object of each sentence: the character who’s being affected by the action of the verb. The object should be different again.

Right now it doesn’t look very exciting: but just wait. In a few months, you’ll be looking back fondly on the days when you always knew where to find the subject!

Now it’s time to step it up, and to practice on your own. Tear a page out of a newspaper or magazine, or some junk mail. (Don’t go tearing up books; we’re classicists, not maniacs!) Then mark up your page, in just the same way you’ve done with Tom and Jerry. Go for the verbs first, marking up all the ones you’re sure about. Then mark up the subjects. Then you can go looking for some objects: but there won’t be as many of them because (as we’ve already noted) English is a convoluted language that tends to avoid the most straightforward sentences.

This isn’t easy, because you’ll have to ignore a lot of other words in the process. But it’s great training. When you see a Latin passage, the very first thing you look for is the verb; then you try to find the subject of the sentence; then you see if there’s an object. So the more you can practice this in English, the more natural you’ll find it when you’re faced with some Latin. 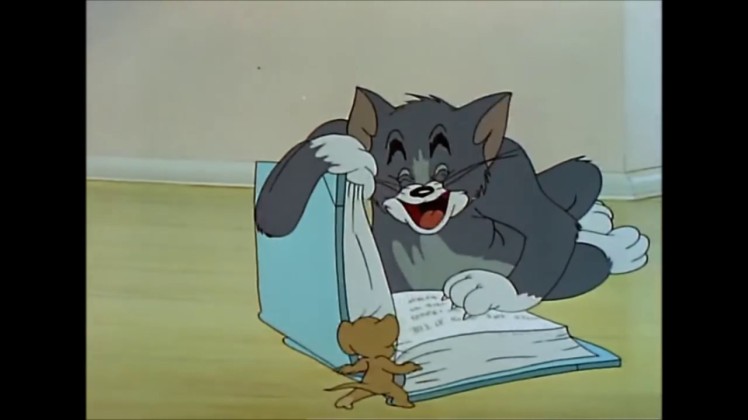 And there we have it: the foundation of Latin grammar. If you can spend a few days, or even a week, looking around for verbs, subjects and objects, then you’ll be well prepared for doing the same thing in Latin.

Oh: one last point. Classicists don’t like to talk in a way that makes sense to non-specialists. So we don’t always say ‘subject’ and ‘object’. Sometimes we talk instead about a ‘noun in the nominative case’ or a ‘noun being put into the accusative’. Here’s the code you need:

The subject of a sentence is a noun in the nominative case:

The object of a verb is a noun in the accusative case:

You too will come to enjoy our obscure technical terms: they make us sound awfully clever.