Today’s interview is with Carey Fleiner

Not any one specific image, but I’ve always liked depictions of the Capitoline Wolf, the surrogate who nurtured the abandoned Romulus and Remus.

When did you first come across this story?

Very early doors as a kid – the story shows up in kids’ books about history, and then when I was a lot older at school, and started to study Latin, the story of Romulus and Remus showed up as one of the stories to work on for translation. It’s not the story of R & R that draws my attention, but the classical (as opposed to later or modern) depictions of the wolf that draw me in. So many of them remind me of derpy dogs! I used to have dogs growing up and before I moved to the UK; I miss having one around.

Can you tell me a bit about your favourite version and its context?

Two of my favourite depictions include the very famous wolf in the Capitoline Museum. Here is one of my photos from Sept 2019. Look at that expression! 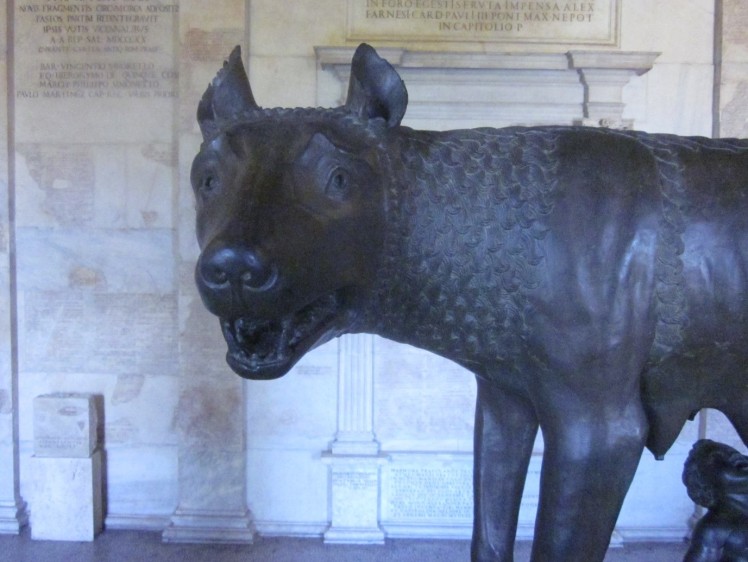 The  context for the story is, of course, that the twins Romulus and Remus were abandoned by their mother, the Vestal Virgin Rhea Silva, out of fear that they would be killed. They were sent down the Tiber in a basket and rescued by first this she-wolf, who nursed them, and then a shepherd, who raised them. Given that their father was Mars, you get embodied in the boys everything that the Romans held dear – family, home & hearth, war-like spirit, the group/pack mentality of the wolf, and the love of the land from the shepherd.

The wolf in this group is thought traditionally to be c. 8th C BC bucchero (a type of clay) of either early Roman or Etruscan make, although the twins are 16th century. It shows that even from Rome’s earliest days this myth was part of their social consciousness. She’s housed currently in the Capitoline Museum in Rome, in a room decorated on the walls with consular fasti. There is only one guard in the room, and nothing to hold you back from walking right up to the statue. It’s beautifully rendered and very detailed – keep in mind, this statue dates from about the same time that the earliest surviving scraps of written Homeric poetry survives (to put the dating into perspective). Rome at this time was still a pastoral (sort of collection of) village(s) on the Tiber, its marshes recently drained and ringed in with a boundary wall called the pomerium.

What is it about this statue that appeals to you most?

The age of the piece, but also that fabulous expression on the wolf’s face. Plus, if I’m looking nose to nose with her, then I’m also standing in the Capitoline Museum. 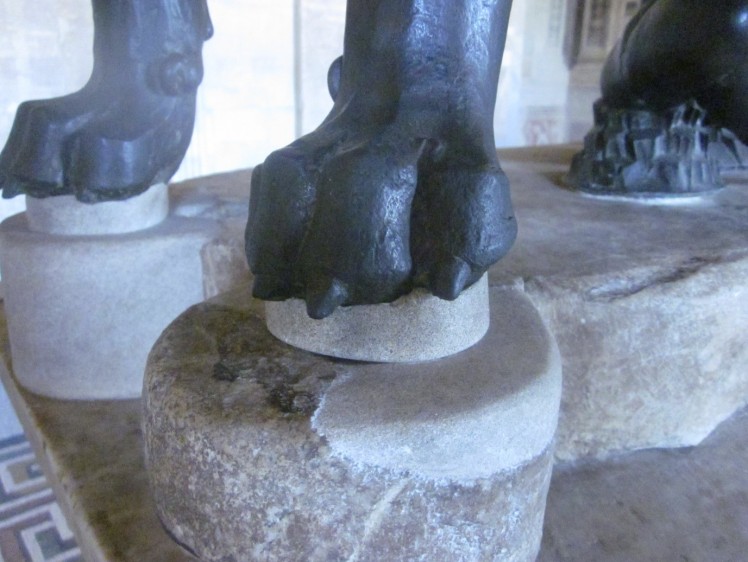 Bother my cats; spin & knit. I’m looking for someone to lathe-to-spec a spindle stick for a 1st-2nd C AD Roman spinning whorl I have.

Dr Carey Fleiner is a Senior Lecturer in Classical (Roman) History at the University of Winchester.

“I’m interested in the Julio-Claudian dynasty, especially the women at the Neronian court; sport & fun in the Roman world; reception of Rome in modern pop culture. My most recent book is A Writer’s Guide to Rome (Manchester University Press, 2020). I’m on the very start of a project about Pompeii and WWII tourism, with my father’s collection of photos from 1944 as the starting point. I’m also working on a book about Classical reception in the work of Carolingian poet Ermoldus Nigellus.” 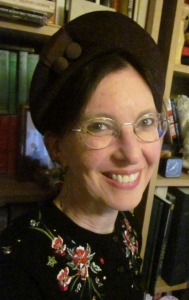