Today’s interview is with Gavin McCormick

There are a few. My experience has been that quietly working through an ancient text can be a calming, absorbing and mind-expanding activity in a busy and noisy world. Ancient writers can move and educate me, just as modern writers can. I often find myself returning to little phrases I’ve read (for example in Virgil) and using them as a stimulus to reflection. One text I often come back to, which (unlike Virgil) might not be known to many readers, is the Octavius of Minucius Felix. This is the text I’d like to talk to you about. 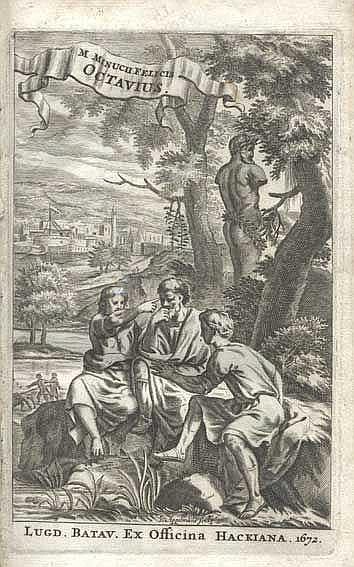 When did you first come across this text?

I first came across the Octavius as a Masters student while I was developing a research interest in the history of early Christianity. I ended up writing an essay about it.

Can you tell me a bit about this text and its context?

The Octavius is one of the earliest surviving texts of Christian Latin. Its exact provenance is uncertain, but it seems to have been written between the late second and mid-third century, probably in Italy or North Africa (according to St Jerome, Minucius Felix was a lawyer at Rome). Parts of the text suggest a literary relationship with the work of another Latin Christian writer, Tertullian. In various ways, the text is also influenced by the writing of Cicero.

The text presents a debate between two men (Caecilius, an advocate for traditional Roman religion, and Octavius, who makes a philosophical case for Christianity). The debate is narrated by a mutual friend of the pair whose name is not specified but who seems to be Minucius Felix himself. It takes place on the beach at Ostia.

The Octavius is fascinating for the picture it presents of Roman religion, of a philosophically literate Christianity, and of educated elite figures engaged in religious argument. One further interesting detail about the text is that it makes no reference to Christian scripture or ritual. Instead its author wants to show that a forceful case can be made for Christian ideas using arguments from Graeco-Roman philosophical tradition itself, particularly Stoicism, and to claim on this basis that Christians are true philosophers. 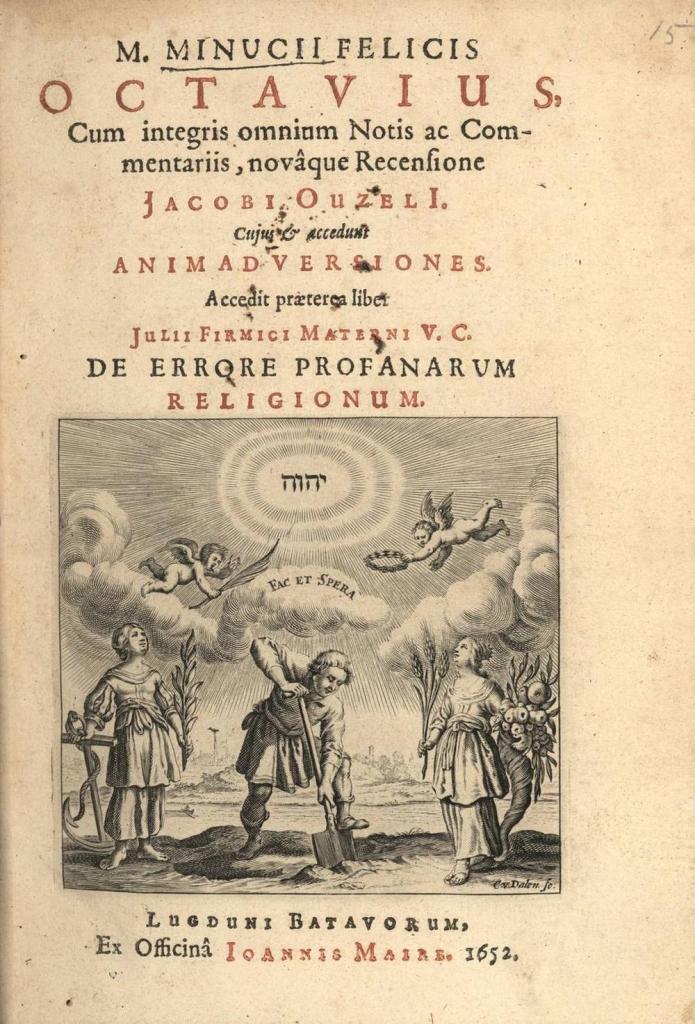 What is it about this text that appeals to you most?

I like several things about the text (its generous and charitable tone; its tidy structure; its portrayal of an intellectually developed Christianity that can deal intelligently with trenchant arguments), but what I love most are some of the details mentioned at the outset of the dialogue.

Octavius’ children – whom he’s left behind to stroll the beach at Ostia – are described as being now at an age where they speak innocently and endearingly in half-formed words.

As the three men walk together along the beach, they enjoy feeling a gentle breeze blow against their bodies and they sense the sand sinking away beneath their feet.

And then they see a gathering of small boys skimming stones across the sea water, competing to skim their own stone the furthest.

These details (and others) are beautifully observed in a way that helps me step right into the scene.

Quite a few things: spending time with my wife and looking after our own small speaker of half-formed words; seeing friends; reading and writing; playing cards; world cinema; driving. I broke my ankle last year so I haven’t been able to play football recently, but doing that would usually be on the list.

Gavin McCormick works at North London Collegiate School, where he is Head of Classics. He has broad interests in ancient history and literature, which he enjoys sharing with pupils and other interested parties. He maintains a blog covering topics in Classics and education and he is currently writing a play, ‘Dionysus in North London’. 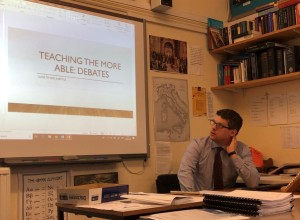