Today’s interview is with Flora Kirk, of Flaroh Illustration

There are a few, but I would have to say the Mercury statuette at the Walters Art Museum is my favourite. During my four years in Baltimore I think I saw it about 3 times annually (thank you free admission!).

When did you first come across this statuette?

I first visited the Walters in 2013 and was blown away by the selection of Roman artefacts on display. The Mercury statuette immediately stood out to me due to its workmanship and my own proclivity for Mercury in mythology.

Can you tell me a bit about this object and its context?

It’s a Roman 1st century CE bronze statuette of the messenger god Mercury, identified by the remaining wing on his head. Originally, his left hand would have been holding a caduceus (winged staff with snakes) which is now missing. The statuette is much larger and more detailed than other lares (deity statuettes created for household worship), suggesting that it was used for decoration as well as religion. It’s a beautiful piece of art and would have probably been displayed in a wealthy family’s villa.

What is it about this statuette that appeals to you most?

For some reason Mercury has always been one of my favourite gods – maybe it’s all the stylish accessories or that I love a good trickster god. The reason I love this piece specifically however is that it was the first museum research I ever did! It was for a class during my ancient studies BA when I was still trying to decide if I wanted to pursue a career in museums. The paper had asked us to analyse the display and how this piece would be viewed in a museum context. I spent a lot of time contemplating the space and how display practices can influence the artefact’s interpretation.

I LOVE to draw! I don’t know if it defeats the purpose of this question, but most of my subjects are artefacts or characters from the classical world. It’s a relaxing process and also allows me to study an artefact or part of history in greater detail. Much like the Romans with their statues, I am a big fan of bright and bold colours. I find that muted earth tones are often associated with archaeology, so I like to break that convention by drawing bright and stylised artefacts. Doing this interview even inspired me to make one of the Walter’s Mercury!

Flora is a British-born freelance illustrator raised on America’s East Coast. She loves to create art inspired by her fields of interest, whether that be archaeological artefacts, myths, or pieces that echo the emotions and aesthetics of a time long past.

After a year spent researching third-century AD Roman coin imagery in Transylvania, Flora is now studying for a Master’s in Museum Studies at the University of Durham. While she plans to pursue a career in museums, Flora sees this as only the beginning of her future with freelance illustration. You can keep up with her work and occasional museum posts on her Twitter and Instagram. A complete portfolio of her work can be found online at https://flaroh-illustration.co.uk/. 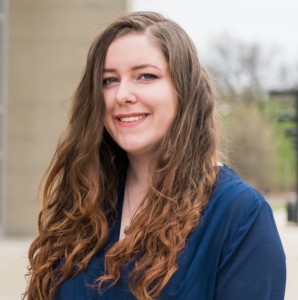