Today’s interview is with Katie Low

I can think of a few sources to which I feel a particular connection, from Euripides’ tragedy Orestes (the highlight of my not very glorious career in student drama was being a chorus member in a production in the original Greek) to Fishbourne Roman Palace in West Sussex, where I used to volunteer as a teenager. But recent events have made me think a lot about ancient history in general, and – almost inevitably, given that I wrote my doctorate on him – the works of the Roman historian Tacitus in particular. History is a reminder that living through challenging times, and trying to make sense of them, has always been part of human existence. To someone like me, lucky enough to have been born in western Europe in the closing decades of the twentieth century, the pandemic may feel like an unprecedented horror – but looking back at the past shows that it really is not. I am not just talking about historical plagues here, but all the difficult situations that people have faced over millennia. I know that this may not be a source of direct comfort, but I think that it can be helpful to put our current experiences in perspective, and to be reminded that we are not unique in our troubles, although there are many things about the modern world that make us relatively fortunate compared with those who came before us.

When did you first come across Tacitus?

I first encountered Tacitus when I was studying Latin in my last year of secondary school. Part of Book 15 of the Annals was on the syllabus, describing Nero’s increasingly unhinged behaviour, the great fire in Rome, the scapegoating of the Christians, a conspiracy against the emperor, and more. Somehow I then didn’t read any more of his writings until I was a final-year undergraduate in Classics, when I realised I was especially interested in ancient historiography: the study of historians’ works from a literary perspective. Tacitus is an author who is fascinating to look at in this way, and I ended up writing my doctoral thesis on the first part of the Annals, his account of the emperor Tiberius’ reign.

Can you tell me a bit about Tacitus’ work and its context?

Born in the AD mid-50s, Tacitus followed a classic Roman political career that began in the time of the emperor Vespasian (69-79) and culminated with the consulship, Rome’s highest political office, which he held in 97. A few years later, he also governed the province of Asia, part of modern Turkey. He therefore lived through the civil war that broke out after Nero’s death in 68, and the reign of Vespasian’s son Domitian, who is said by most ancient sources (including Tacitus himself) to have been a paranoid monster – although his reputation may well have been posthumously blackened.

Tacitus wrote three short works, including a biography of his father-in-law Agricola, governor of the province of Britannia, and two longer historical narratives: the Histories, which starts with the civil war and would have ended (today only the first part survives) with the death of Domitian in 96, and the Annals. This begins with the death of Augustus, Rome’s first emperor, and the accession of his stepson and heir Tiberius in 14, and continues the imperial story up to the death of Nero. Some sections – including the reign of Caligula, and the very end – are now lost.

Although Tacitus states that he will one day write about life under the emperors Nerva and Trajan, who followed Domitian and are generally positively portrayed in the sources, it is not clear if he meant this, or if it was just a polite but empty promise. Tacitus’ attitude to the imperial regime continues to be debated – his successful political career shows that he did not shun public life under the emperors but, when you read the Histories and the Annals in particular, you are very much not left with the impression that he approved of the system. However, his works also suggest he viewed the idea of reverting to the republic, which had collapsed amid dysfunction and civil war in the first century BC, as naïve and unrealistic.

What is it about the Annals that appeals to you most?

I am still interested in the aspects of Tacitus’ work that initially drew me in: his habit of often seeming to say one thing but imply another, his claustrophobic accounts of life under tyranny, his enigmatic authorial persona. But coming back to the Annals is also a way of reflecting on what has happened to me over the years that I have been reading and rereading it. I have similar feelings about the city of Rome itself. I was first there with my family in 1997, then about a decade later as a student, and most recently a few months ago, having come from Brussels, where I now work for the EU. On those previous visits, that would have seemed well outside the bounds of possibility! The ancient sites are more or less the same, but the way I look at them has changed. 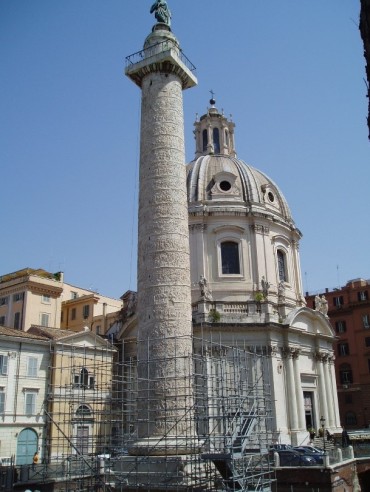 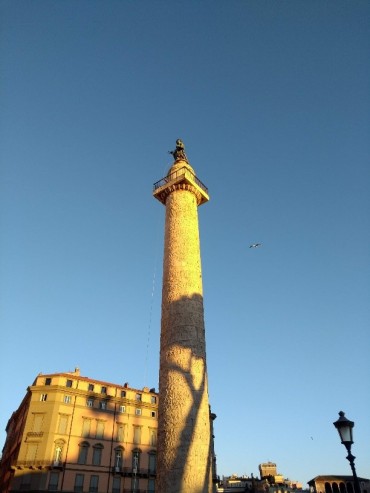 When five years ago I arrived in Brussels, where politicians are coming and going all the time, it indeed felt as my life had taken a completely different direction: instead of studying history, I was finally going to witness it being made. Then the Brexit referendum happened and I realised what I should have known all along: it is often a lot less pleasant to live through historical events than read about them. This made me start writing a memoir about studying Classics, leaving academia behind, and then realising that Tacitus might illuminate the contemporary world after all. Are the anti-Roman freedom fighters in his works like populist politicians? What can his views on how to live under a bad emperor tell us about being the subjects of governments to which we strongly object? I wasn’t trying to make simple comparisons between the ancient past and modern times but rather to explore how history can shape our thinking about the present, just as what I used to study is still relevant to my life today.

I have to add that the memoir project is on hold for now, as I try to work out where those questions fit into the current global crisis and the tragic and far-reaching effects it will have. But I hope I will find a way to continue. As I said at the beginning, if history can teach us anything, it is that even the worst experiences are not unprecedented, and that life always goes on.

Since last autumn I have been learning Czech, partly for family reasons, partly because in the last few years I have become fascinated by central European history and culture. I miss attending classes, but my weekly Skype lesson always cheers me up. Focusing on grammar and vocabulary is certainly one form of distraction (and I was delighted to discover that a knowledge of Latin is occasionally helpful) – as is daydreaming about travelling though the Czech Republic, preferably by train. I had planned to do just that in the summer, but instead I am going to try to learn the basics of Old Church Slavonic, the ancestor of modern Slavic languages. After so many years of Latin and Greek, it is time to get to grips with another historical language!

Katie Low studied Classics at the University of Oxford, with a year as a visiting graduate student in Paris, although at various points she was also a freelance translator, language editor, restaurant blogger and unpublished novelist. In 2013 she was awarded a doctorate, having written her thesis on Tacitus’ Annals, with a focus on the historian’s portrayal of foreigners and the recurring motif of civil war.

She then carried on teaching and researching but, having spent much of her time in Oxford looking for opportunities to escape temporarily across the English Channel, in early 2015 she decided to leave academia and move to Brussels. Since then, she has held several roles in and around the EU’s institutions, and currently works on advanced technology policy at the European Commission. She is still very interested in Classics, having contributed to the forthcoming Tacitus Encyclopedia and given conference papers on topics including the uses of antiquity in Simone de Beauvoir’s works and ‘Tacitus and Brexit’, and hopes one day to finish a book on her experiences of ancient history and the contemporary world. She tweets sometimes at @_katie_low and blogs occasionally at https://transeuropeanexpression.wordpress.com/.