Today’s interview is with Tom Mason

As a couple of others have done, I’d like to cheat a little and say two, but they are related to each other: the Philosophy of Epicurus, and an excerpt from Ovid’s poem Metamorphoses,

Now since the sea’s great surges sweep me on,

All canvas spread, hear me! In all creation

Nothing endures, all is in endless flux,

Each wandering shape a pilgrim passing by.

And time itself glides on in ceaseless flow,

A rolling stream – and streams can never stay,

Nor lightfoot hours. As wave is driven by wave,

And each, pursued, pursues the wave ahead,

Always for ever new. What was before

Is left behind; What never was is now;

And every passing moment is renewed.

When did you first come across these sources?

I first encountered Epicurus about 20 years ago, when I caught a series of short programmes called The Consolations of Philosophy by Alain de Botton, one of which was about Epicurus’ Philosophy. The excerpt from Ovid I first heard a few years ago watching a BBC 4 documentary called Ovid: the Poet and the Emperor (I suppose TV is good for some things!)

Can you tell me a bit about these texts and their context?

Epicurus was born on Samos to Athenian parents in 341BCE and, after learning of atomistic philosophy, settled in Athens in around 307/6BCE to teach, buying a house and garden and moving in with friends, slightly similar to the self-isolation going on at the moment, but done to address philosophical problems in a practical way; he said that “Any Philosopher’s argument which does not therapeutically treat human suffering is worthless”. Rather than the gluttonous ‘Epicurean’ he has been caricatured as, Epicurus actually suggested that happiness comes merely from fulfilling our essential needs which, aside from simple food, drink and shelter, consists of Friendship, Freedom and (not surprisingly) Philosophy, or ‘the examined life’. Fulfilling desires beyond these won’t necessarily make us any happier, and trying to do so could make us unhappy. His main concern was attaining ἀταραξία (ataraxia), a tranquility derived from being free of worries and distress.

Ovid was a Roman poet, born in Sulmo in 43BCE. Among other works, he finished his Metamorphoses in about 8CE, an epic series of mythologies around the theme of change and intended to provide a ‘continuous song’ from the beginning of time until the advent of Roman society and civilization. Unfortunately he fell foul of Augustus, embroiled in some plot the details of which are still unclear, and he was banished to Tomis on the Black Sea, about as far from Rome as it was possible to be then. The poem is equally playful and problematic, the fates of Daphne, Actaeon, Arachne and Marsyas just some of the more shocking events depicted. The excerpt I have chosen, though, comes from much later, in book 15, where Ovid is relating the philosophy of Pythagoras; while still agreeing with the atomism of Lucretius and Epicurus, he suggests the soul is immortal and can move between bodies.

What is it about these sources that appeals to you most?

While I’m not sure I agree entirely with Epicurus’ philosophy, it’s his approach that I find most uplifting. Philosophy is often seen as dry and abstract (don’t worry: it still can be!), but Epicurus shows that it can be applied to everyday life to resolve practical difficulties, that it is in fact open to all of us regardless of who we are or where we come from. The ultimate goal of reducing stresses and worries also feels particularly appealing right now. The lines from Ovid’s poem are not only poetically moving in their own right; they show a 1st Century BCE Roman poet discussing a 4th Century BCE Greek philosopher’s ideas, by referring to another Greek philosopher from the 6th Century BCE. It’s this constant conversation that these sources, and Classics generally, have with themselves, and which we can have by engaging with them, that I find continually inspiring. As the last line of this excerpt says, “…every passing moment is renewed” – there is always something new to find, a hopeful thought in these troubled times.

I enjoy reading (be a bit weird if I didn’t!) and wittering on about philosophy to increasingly bored- looking people, as the above will testify. Added to this, I find a lot of classical music very relaxing, as well as jazz and film music. I don’t know if it’s a proper thing or not, but there are some ‘800% slower’ film scores on YouTube at the moment, which I’m finding sublimely soothing – check out Thomas Newman’s Shawshank Redemption score if you’ve got an hour to spare (who doesn’t at the moment!)

I like gardening and being outdoors generally, and really enjoy mountain and fell walking; I am incredibly lucky to live close to the southern Lake District hills, with a fantastic viewpoint a 25 minute walk away (sorry to rub it in!). Oh, and real ale. Semper ale.

Tom has been studying with the OU for nearly 18 years, earning two undergraduate degrees; after studying both Philosophy and Classical Studies in the first degree, he thought he would concentrate on science and maths for the second one, but couldn’t resist the allure of Classics, ending up studying all the courses in the subject which he hadn’t already done, and is currently working towards an MA in Classical Studies. He has made repeated efforts to learn Greek and Latin, vowing each time that “this will be the last time!” He is looking into concentrating his MA thesis around ancient strangeness: like Pliny the Elder, he is still trying to work out if the Cynocephali are real or not (his pet dog Toby is very interested in the answer to this), but overall his interests are in ancient historical writers and particularly ancient philosophy, how it has evolved from the pre-Socratics to late antiquity and medieval times, and how it has interacted with mythology and religion throughout the Classical world. 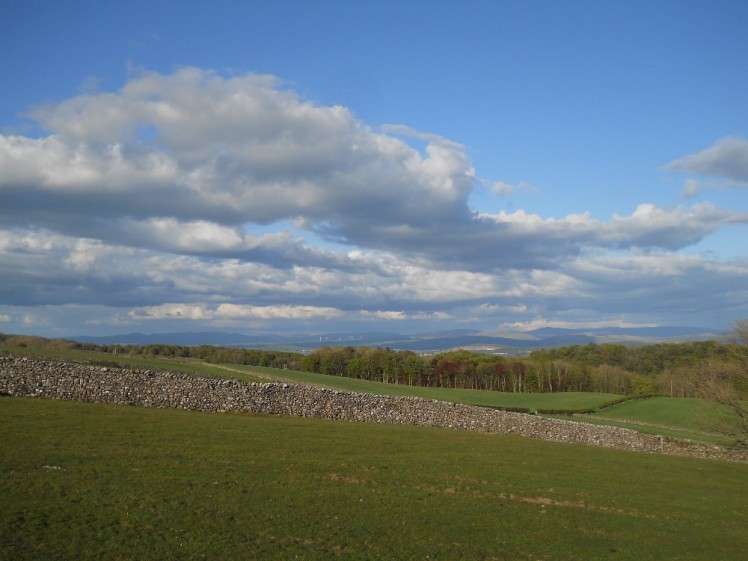