Today’s interview is with Valeria Bosisio

It’s hard to pick just one! But for me it would probably be the Boxer at Rest.

It’s quite a funny story. When my partner and I first started dating I remember asking him a question similar to the one I’ve just answered here – if there was a source from the classical world that he particularly liked. I knew he wasn’t much into Classics but he came up with this source I hadn’t met yet, the Boxer at Rest. Needless to say, I was thoroughly impressed … many more dates were soon scheduled!

Can you tell me a bit about the Boxer and his context?

It’s a bronze statue dated to the Hellenistic period, between 330 and 50 BC. It was unearthed in Rome at the end of the nineteenth century but there are still many unanswered questions surrounding this source – nobody really knows for sure who sculpted it or how it ended up in Rome. There’s the oft-cited line from Horace, Graecia capta ferum victorem cepit et artes intulit agresti Latio: as the Romans marched east conquering Greece and the Hellenistic kingdoms they were absolutely bewitched by their art ,of which they became avid collectors – so this might provide an explanation for the Boxer’s find-spot. To be precise the statue was found near the ancient Baths of Constantine, and perhaps was publicly displayed there in antiquity; the fingers and toes are worn by repeated touching so possibly it was attributed healing powers. This was apparently not uncommon for statues of athletes, and could partly explain the statue’s safeguarding when the Baths were destroyed during the 5th century.

What is it about this statue that appeals to you most?

Well… if beauty is in the details then the unknown artist really did a magnificent job: the Boxer has a broken nose, even cauliflower ears – a deformity resulting from trauma to the ear that commonly affects combat athletes. His face and torso are those not of a boy but a more mature man and are covered in scars and bruises, with the impression of blood rendered through skillful use of copper inlays. What I like the most about the statue is precisely this dramatic realism and inclusion of bodily ‘flaws’, which is something we don’t find in the idealised, youthful figures of Classical Greek sculpture. There is a movement away from earlier traditions and I find this new representation of human vulnerability refreshing. The fact that the athlete is ‘at rest’ instead of in action like, let’s say, Myron’s Discobolus, is in itself striking – it shows tiredness, which matches the wounds in offering a picture of very human imperfection and weakness.

Now some might feel that there is something sad about this battered, beaten man but to me this is a markedly heroic figure (he has indeed been compared stylistically to previous representations of Herakles, the ideological connection here being with the Twelve Labours). I think the Boxer is heroic not in the ‘classical’ sense, but for the fact that despite his visible fatigue his head is turned to the right presumably to face an (invisible to us) adversary, the muscles in his legs are tense and he overall seems ready to resume the fight. To me there is something more relatable here in terms of human experience as compared to earlier utopian portrayals, and I personally love the way in which this work makes a hero out of an ordinary human with, and exactly because of, all of his frailties. Of course, I cannot know for sure what message the artist wished to convey or what ancient viewers made of it, but for me this reading is sweet and comforting – so this is my takeaway from the piece! 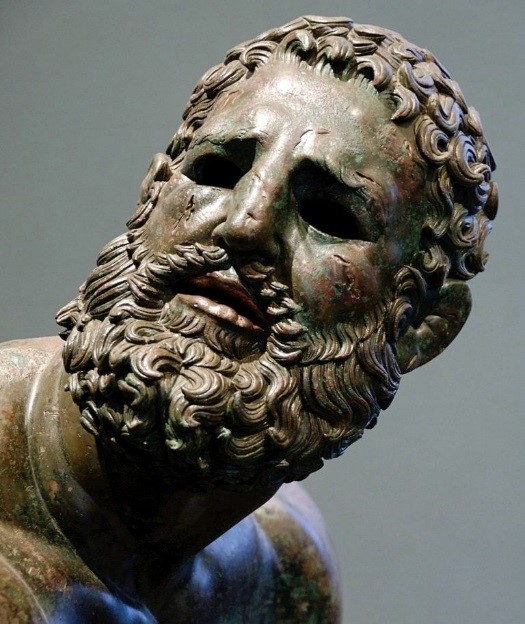 I love travelling and a second trip to Rome to meet the Boxer at Rest in person is definitely on my list! Of course this will have to wait for now, but it’s easy for me to divert myself at home. I enjoy a good night in binge watching some new series – period drama is my favourite, I’m currently on ‘Belgravia’ (watch out fans of Downton Abbey!). But other than this, I generally remain truthful to my passion for the classical world; I’ve recently come across this National Geographic kit to build a model of the Colosseum available on eBay and I’m feeling overly enthusiastic! I’m sharing the link here for anyone who’s interested – might be a nice way to occupy some hours during the quarantine.

“I am originally from Italy but have been living in the UK for about 3 years. I am approaching the end of my BA Classical Studies with the OU and I plan to continue with a MA. Rome is my preferred subject, especially the Late Republic and the Augustan period. I should love to deepen my knowledge around these topics! I’m not currently working in a Classics-related field but I hope my degree will eventually allow me to do just that – a job in a museum or a career in teaching would be very lovely.” 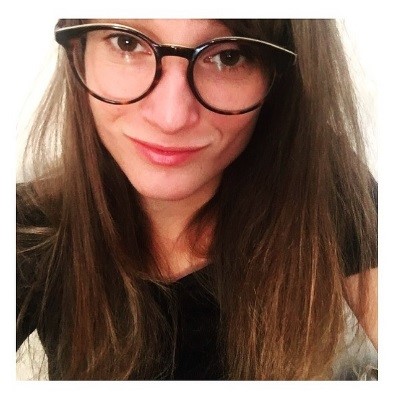