Today’s interview is with Steve Havelin.

I have a shoe box full of postcards which I have a good rifle through whenever I’m fed up. One that’s always worth a lovely long lingering look at is this: 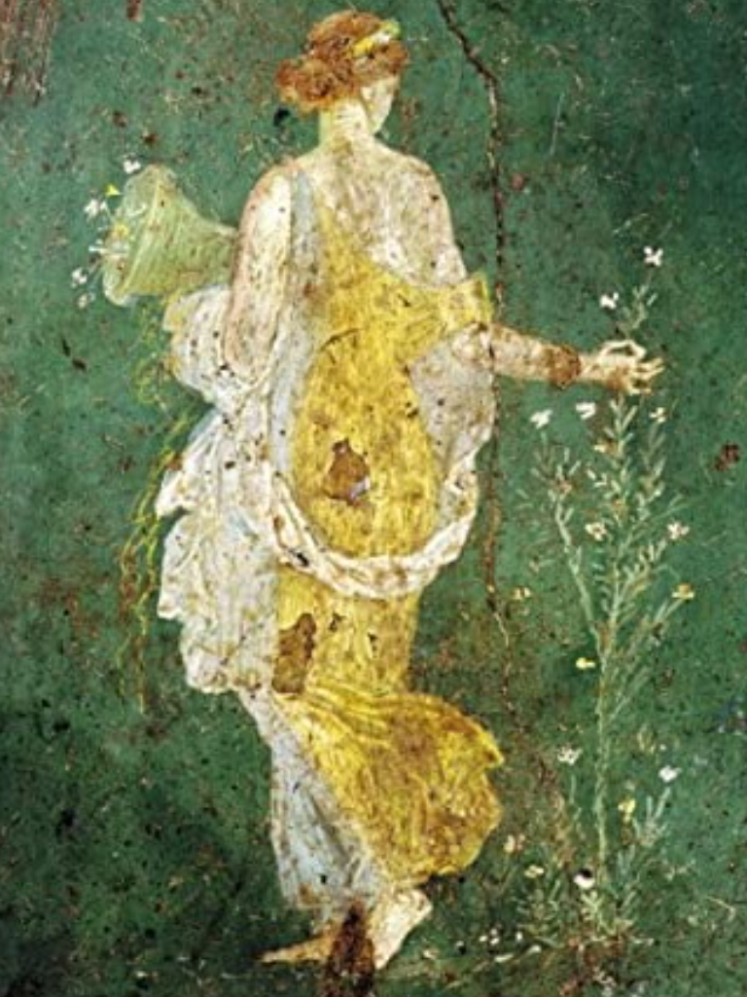 When did you first come across this picture?

I first encountered it on the cover of this book: 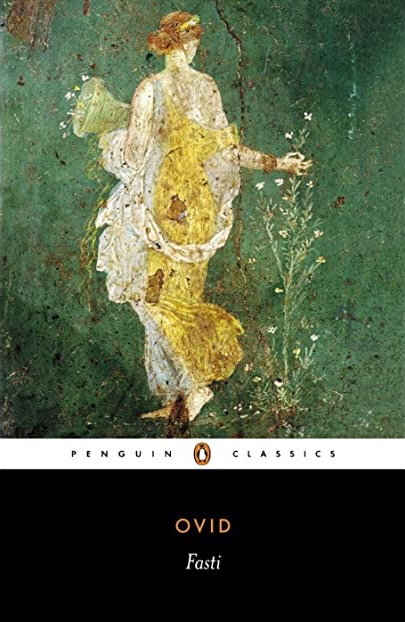 …which was a set text for one of the Classical Studies courses I did with the Open University.

I distinctly remember, when I took it out of its packaging, thinking what a lovely image it was. Indeed, when I subsequently somehow managed to loose the book, I immediately ordered a replacement copy, and was duly horrified when this arrived:

Can you tell me a bit about the painting and its context?

It’s a fresco (38 x 32 cm) found at Stabiae which, just a few miles from Pompeii, was also buried by ash from the eruption of Vesuvius in 79 AD. Whether the girl is human or divine is debatable. She has most often been identified as the nymph Flora, associated with flowers, signalling the season of Spring.

It’s now in the National Archaeological Museum of Naples where I first saw it for real. I subsequently went back to see it several times when it was later on display for the Pompeii exhibition at the British Museum in London.

What is it about the fresco that appeals to you most?

It has a very uplifting, hope-filled feel about it. The colours are beautiful – the white and gold of the girl’s attire against the background green. It’s all very fresh, clean, light, bright and shiny. There’s a simple sense of renewal, with the promise of plenty summery sunshiny times ahead, of growth in greenery and plant produce, and all the natural abundance which that heralds (the big basket cornucopia she’s beginning to fill up). It has a hint of that start-of-the-long-hot-holiday thrill to it. Lovely! 😊

I LOVE re-reading the books I cherished as a child. It’s such a shame that some of the classics of children’s literature are so often seen as childish when they’re anything but. This is especially so once you’ve got a good grounding in Classics behind you. Go back to Narnia, or Middle Earth, or some of E. Nesbitt’s stories and you’ll spot all sorts of stuff that escaped you when you were younger. I can so easily lose myself completely in all the imaginative associations of an old-favourite story. And then emerging from that totally immersive reverie is like waking, thoroughly refreshed, from the soundest, soul-soothing sleep. Sod mindfulness! 😉😂

Steve Havelin focused on Maths and Sciences at school, started out studying Medicine at University, moved on to a BSc in Human Genetics, a PGCE in Chemistry, and subsequently taught school Science subjects.

Then he saw sense.

To tackle the intellectual Enlightenment havoc wrought on his mind by such relentlessly rational scientific thinking, Steve self-therapised himself with a Renaissance recovery regime that targeted hoovering up enough Open University Classical Studies courses to clock up three BAs. A Classics MA followed. And a PhD in Classics is in the offing.

Steve has accrued all his Classics qualifications studying part-time, by distance learning, whilst teaching Latin and Greek from beginners’ level to that of senior school scholarship exam entrants.

He’s glad he’s not a doctor.