The Troy exhibition at the British Museum has been going for a few months now – and if you’re anything like me you’ll have read enough reviews and seen enough photos to make an actual visit seem almost unnecessary.

And yet… when the opportunity arose for me to join a private tour this week, I couldn’t resist.

I love the British Museum. It’s just so ridiculously big. I’ve always thought that the hallmark of a great museum (the same also applies to book shops, by the way) is the ease with which you can get completely lost in it. I tend to get lost in the BM almost as soon as I go in, and can spend many happy hours trying to find my way out again, while getting distracted by all sorts of things I wasn’t expecting to see. The Troy exhibition, however, isn’t like that; I was surprised at how small the space was. The effect is that attention is concentrated on a few pieces which are prominently displayed – some of which felt like old friends, and others which I’d never seen in person before.

A variety of approaches to Troy were attempted, from the artistic to the archaeological, with a final focus on reception of the Trojan War on later art and culture. In trying to do so much in such a small space the curators have had to be very selective – and inevitably the selection didn’t please everybody. I heard a lot of complaints about the omission of opera in particular.

I’ll be posting a fuller review this weekend by somebody else who went to the exhibition recently; but here are a few of my own pictures to keep you going: 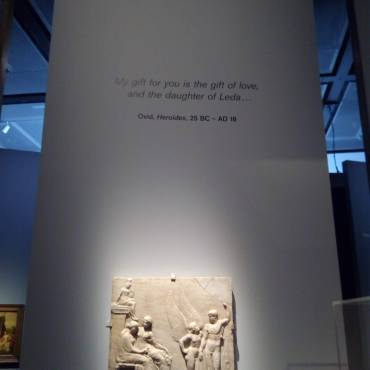 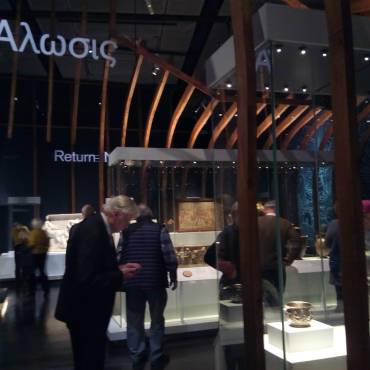 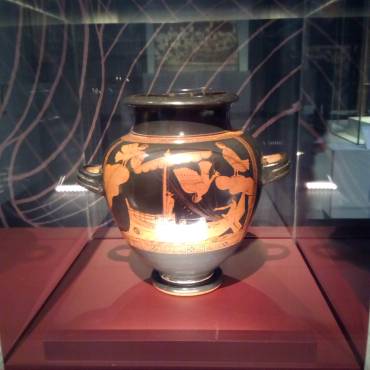 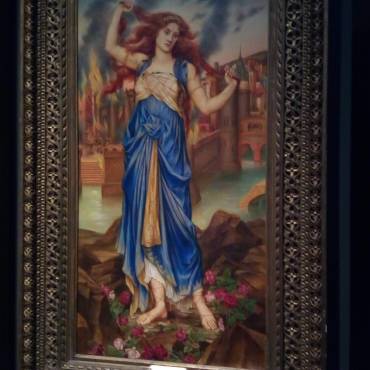 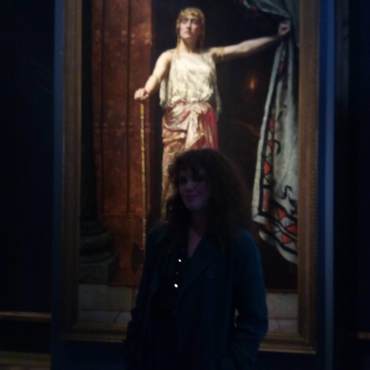 It was a pleasure to go round the exhibition with MA students Klara and Tom, and to meet in person the founders of Hellene Travel, who have what sounds like the perfect job! Everyone (except perhaps the opera buffs) seemed to find something to fascinate them, so we all ended up lurking in different corners of the exhibition.

The highlight for me was, unsurprisingly, the books, including a handwritten copy of Pope’s translation of the Iliad. I could happily have taken that home with me – but that’s one of the few things they don’t sell in the gift shop. 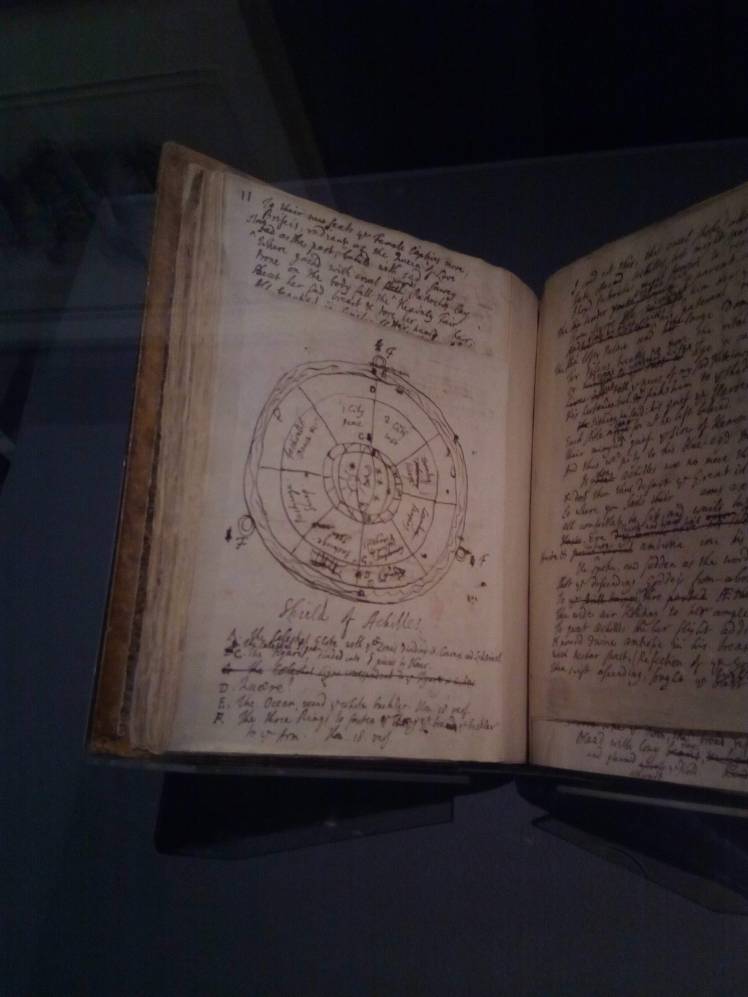 I admit, I was a little disappointed to see no interactive Trojan Horse. True, there were wooden slats suspended from the ceiling to look like the bones of a giant wooden horse, and that was impressive. But I was hoping for one you could hide in and jump out of. Maybe with swords, or flaming torches. There could have been a slide…

Although I tend to get lost in the British Museum, I do always manage to find my way to the gift shop. It has an online version, for those who can’t get there in person. Goodies relating to the Troy exhibition include: Trojan Horse chocolates to eat while reading the Iliad, a Trojan Warriors bookend to prop up your multiple copies of the Iliad, and a Greek pot pin badge to wear while you’re away from your copies of the Iliad. All needs catered for.

In other news, my Lego Classicist figure arrived this week. Now there are two of me, which is something I’ve always wanted. I’m intending to send Lego Cora Beth out to do my teaching, and I’ll stay at home in my pyjamas, watching Picard and eating chocolate biscuits.

Recreating a mummy’s voice – The Guardian

Producing honey on the Palatine – Wanted in Rome

Time and memory – In Medias Res

The colours of the Parthenon Marbles – Country Life

Black classicisms in the visual arts – Society for Classical Studies

Who was Homer? – British Museum Blog

The herdsman of the stars – Classical Wisdom Weekly

9 thoughts on “Weekend Reading: A Tour of Troy”