When I was eight years old I wanted to be Catherine Cookson. Or maybe Uhura – I hadn’t quite decided. So I started writing stories and learning French from my friend’s big sister at the same time, to keep my options open.

Dame Catherine Cookson grew up in my town. She wrote about the history of the world I knew (with just a few more noblemen and smugglers than I usually saw around town). And when I was a kid she was so famous that the whole area was called ‘Catherine Cookson Country’, with big signs all over the place. Of course I wanted to be her: who wouldn’t?

I nearly met her, too. My primary school entered one of my short stories into a competition, and I won. Catherine Cookson herself was going to present the prizes at a special award ceremony. By that point I’d read all of her children’s books, and I was very excited.

As it happened, I didn’t get to see her at all. She was in her mid-eighties then, and had been struggling with her health. I got stuck with the Mayor instead.

Ever since then, I’ve loved the idea of meeting writers in person. Life so far has gotten in the way of me going to literary festivals and book signings: but now I’m making up for lost time. Last month I went to see Stephen Fry; this week I saw another of today’s literary big names.

On Saturday night I found myself (thanks to some lovely friends) in a front row balcony seat at The Sage, Gateshead, looking across a hall packed with people. We were all waiting to see Margaret Atwood, who unaccountably had been persuaded to visit the North East of England on an extremely chilly October evening.

She arrived onstage with very little fuss, carrying her handbag, looking like she’d just popped round for coffee and a chat. There was no soundtrack, no drama, no slideshows, no fancy graphics; just talk. And it was so interesting that for once I didn’t fall asleep. 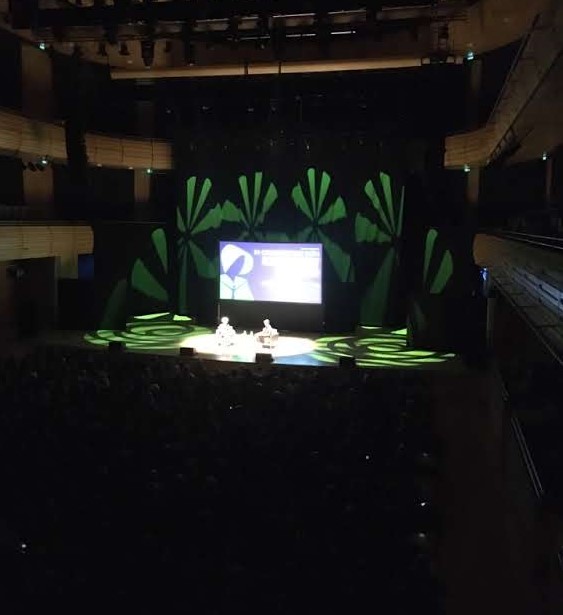 The format was a simple one. During the first half, the interviewer asked Atwood questions about her ideas, her books, her involvement with TV producing, and all the other questions you might expect to be asked of a very recent second-time Booker Prize winner linked to a hit TV series. In the interval, audience members were invited to submit questions by Twitter, using the hashtag #askAtwood; and the second half of the evening was devoted to answering those questions.

Atwood is not particularly inclined to focus on Classics in her writing (although she is reportedly co-writing a version of Medea with Lisa Dwan). But she could undoubtedly have been an inspiring history lecturer if she hadn’t become a writer. Her dystopian fiction, she said, is grounded in what has been and what is; she has always kept files of clippings from news items, and her knowledge of totalitarian regimes throughout history is impressive. ‘Nothing much shocks me now’, she said in her calm, low voice – and we all believed her. In her two hours on stage she remained relaxed and unflappable, talking in an unhurried way about everything from state-sanctioned murder to climate change to feminism to Brexit, delivering calm good sense without causing any offence.

Atwood ranged a long way in her responses to the audience questions, and Rome wasn’t ignored. When asked how people could be encouraged to learn lessons from history, she mentioned television programmes, ‘if they’re done well’, as a means of reaching people – and she singled out the recent Rome series because, she said, it’s grubby. Unlike the shining marble of 50s epic movies, the series shows Rome as being old and dirty and lived-in, and this meets with Atwood’s approval. Atwood is averse to anachronistic whiteness on several levels; she also talked about the fact that statues in the Roman world were brightly painted, and commented that this is something we struggle to relate to because of our history of seeing them differently.

I didn’t cheer at that point – but I did think about it.

Margaret Atwood’s new book, The Testaments, like The Handmaid’s Tale, concludes with an academic conference in the final chapter. All of the events in the novel become ancient history, and scholars are trying to recover the details, picking over events, inscriptions, statues and documents with a certain ghoulish glee. To someone involved in classical scholarship, the whole thing is just a bit… disturbing.

So now I reckon that maybe I’d like to be Margaret Atwood when I grow up. The idea of telling people what they need to hear through stories they want to read is rather appealing. And it would be certainly be fun to have a whole concert hall full of people hanging on my every word when I’m 80!

Of course, I’d still quite like to be Uhura, if only for the boots…

It’s been a long week since then, with half term chaos, Halloween and – oh yes – the birth of my new little nephew! Fingers crossed for a quieter week next week. If you’re graduating at The Sage on Thursday, do give me a wave: I’ll be on the stage, looking awkward in my silly robes and cheering like a maniac!

This week’s classical links from around the internet

A night at the Ashmolean – Oxford Mail

Villa reopened in Herculaneum – The Guardian

Alexander: cause of death? – Greek Reporter

Phorcys and Ceto [one for the A330 crowd!] – Mythcrafts

Making Medusa [another with A330 relevance] – Institute for Classical Studies

Caligula the Movie – Life of Caesar 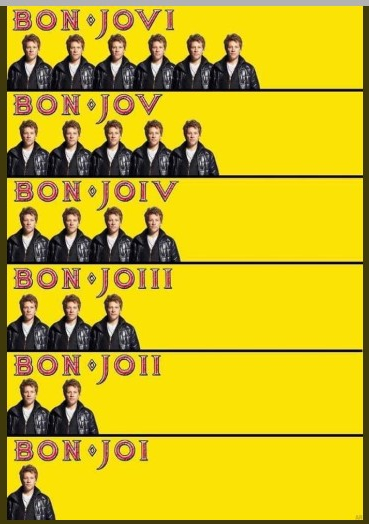