On Wednesday it’s time for the joyful annual celebration of worldwide classical silliness that is International Lego Classicism Day, across social media.

So I’m hard at work producing a Lego-South Shields epic of my own, which I’m inclined to entitle ‘The Barateid’.

Our hero is Barates, an intrepid travelling salesman from Palmyra, crossing the seas in search of new people to sell stuff to. Along the way, he encounters storms, pirates and angry gods – and finally he rescues a beautiful British queen (sorry: ‘Queenie’) from the clutches of the villainous Romans at Arbeia Fort. Queenie is not entirely pleased to be rescued, and… well, you’ll have to tune in later in the week to find out the rest!

Here are a few stills from the movie, as a preview… 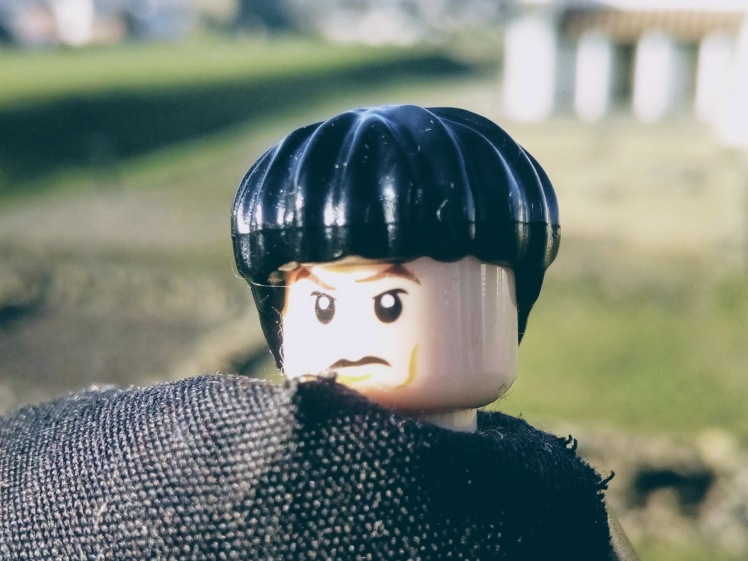 (Credit goes to my son, for following me round while I took photos of Lego, so that it looked less weird!)

[Updated… Here’s the link to the full mini-epic. Enjoy! https://classicalstudies.support/guest-pages/an-arbeia-epic/]

Hope to see some of you on Thursday, when I’ll be presenting a paper on Classics blogging at the Authority in Classics conference in Newcastle (the County Hotel, Neville Street). There’s all kinds of potential for comedy here, since it’s the first paper I’ve given in years – so do come along for a laugh!

This week’s classical stuff from the internet

The quest for Romulus – The Telegraph

Overhauling Classics at Oxford – The Telegraph

Narcissus in Pompeii – Phys.org  and The Guardian

The British School at Rome – A Don’s Life

The origins of money – CREWS Project

On the Caelian Hill – Understanding Rome

Unrequited love and jumping off a rock – Ancient Blogger

Diversity in the Latin classroom – In Medias Res

Barbarians at the gate – The Conversation

The Zoroastrian kings – Head On History

Romans, Gauls and a lovers’ quarrel – The French History Podcast

SCS ‘The Future of Classics’ panel – Society for Classical Studies

…and a covering letter – Society for Classical Studies