As someone who grew up in South Shields, North-East England, in the shadow of Hadrian’s Wall (not literally – there’s a river in the way!), I’m accustomed to the presence of Hadrian. Our local school, for instance, is Hadrian Primary School. To get there we walk up Roman Road, past Julian Avenue and Vespasian Avenue and Trajan Avenue and along Fort Street (where, unsurprisingly, the Roman Fort is located). The school parents’ group is called Friends of Hadrian, which always makes me chuckle.

So the Romans – and Hadrian in particular – are everywhere, and they coexist quite happily with the folk of Shields. But even I was slightly taken aback when I ran into  something called ‘Hadrian’s Tipi’ in the middle of Sunderland. 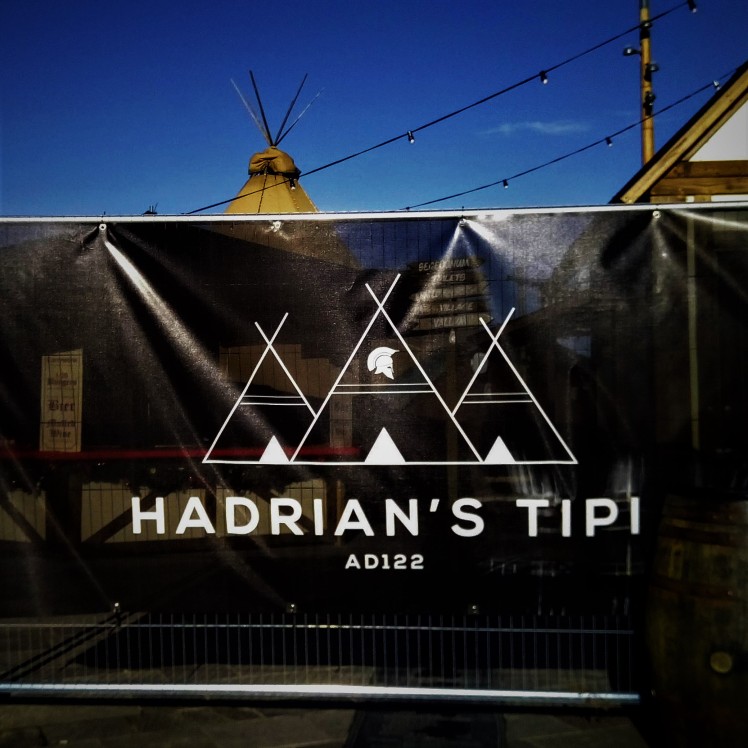 This prompted so many questions that I couldn’t concentrate on the socks in Primark. What did unexpected shopping-centre tents have to do with Hadrian? And why were they dated AD 122? (The larger question of why anyone would want to put up tipis in Sunderland city centre remains unanswered.) I went looking on the internet, which had this to say:

“In 122AD one of the five ‘good’ Roman Emperors, Hadrian, built a wall in the North East. Hadrian was a canny bloke who liked to travel sampling the best that countries could offer. When on the road he and his pals lived in Tipi-like tents and within these Tipi walls he enjoyed a bustling environment complete with great people, exotic teas and coffees, world foods, the finest local ales, beers and much more.”

Don’t you just love it when somebody manages to link beer tents to Classics? 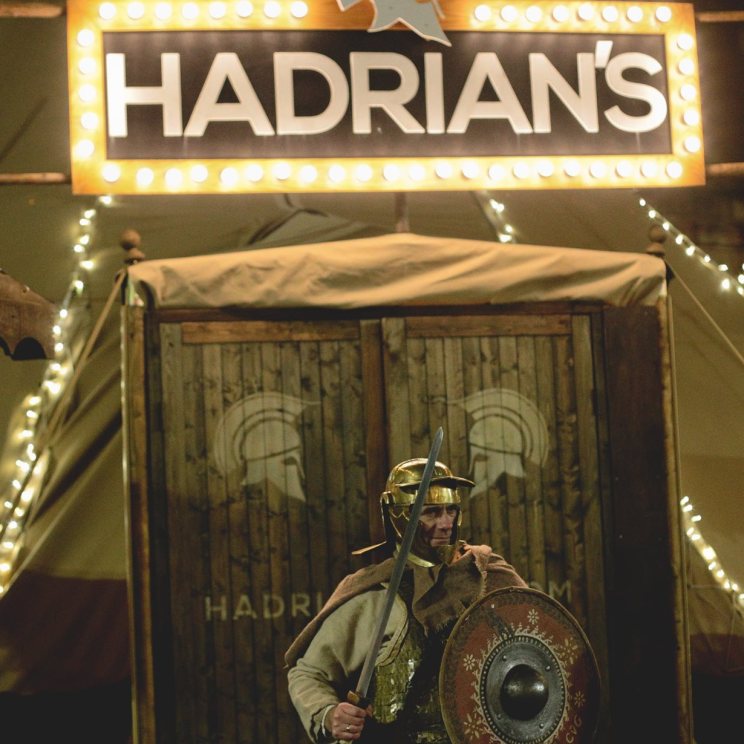 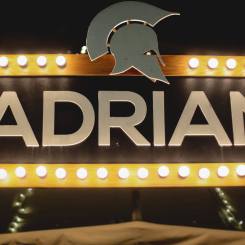 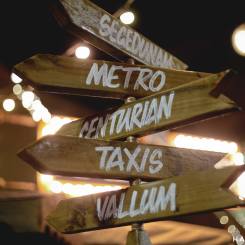 This week has been Halloween week, in case you haven’t noticed. ‘Halloween with small children in the family is so much fun!’ I hear you say. Not so. No, every single member of my family disapproves of Halloween and refuses to entertain the possibility of fun.

Well, I like Halloween. As a small act of rebellion I hang a holographic lantern outside my front door, which acts as a magnet to every trick-or-treater within a two-mile radius…

Naturally the Halloween spirit (or spirits?!) has pervaded this week’s classical coverage. Here are some of my favourites, for your post-Halloween enjoyment.

Trick or treat in Latin and Greek – Sententiae Antiquae

On being an exorcist – CREWS Project

Laughing at Roman witches – The Conversation

Let’s have a mythical giant in Wales – The Guardian

Ancient precedent for the Brexit coin – The Guardian

The HS2 Dig – The Guardian

A view of shipwrecks – The Guardian

Sequel to Gladiator – The Guardian

Classics events for ‘Being Human’ – Institute of Classical Studies

Goop and Classics – The Conversation

On Mary Beard on TV History – The Guardian

The dark heart of Stoicism – LA Review of Books

Menstruation in the ancient world – Clue

The fame of Hypatia – Classics For All

Natalie Haynes on the ‘Odysseus’ ship – The Guardian

Golden tickets and the afterlife – The Iris

Drinking and exclusion –  Classics at the Intersections

Apollo, leader of the Muses – The History of Ancient Greece

Tombs of Pompeii – When in Rome

Being Stoic – The Forum

Why is it that animated book covers make me happy? – Vimeo