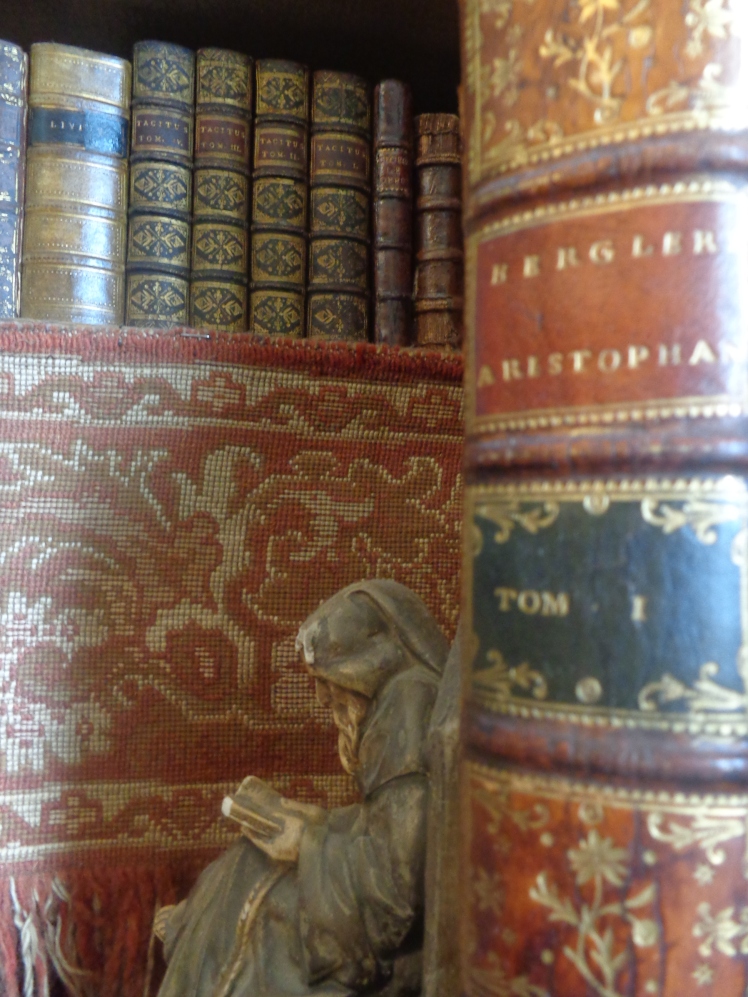 Is it possible to pin down the moment when the addiction started? Was it the day you opted for a print prospectus to be posted to you instead of using the online one, because you just liked to hold it? Was it the time you signed up for a short course or a MOOC in the summer, because you felt lost without something to study? Was it when you started to arrange all your old course books on a special shelf in chronological order?

For me, it was two-thirds of the way through my first Open University degree. I’d signed up for a Masters-level module in Education because people kept making me teach stuff, and I didn’t have a clue what I was doing. I thought that an Education course would teach me how to teach (it didn’t, of course, but that’s another story) – so I took one, then another.

There was no reason for me to take any more modules: I’d established that they weren’t going to help me with my teaching, and I’d earned a shiny Postgraduate Diploma, which I’d framed and hung on the wall. Mission accomplished. I didn’t have the money or the time to study any more; besides, I already had one Masters degree, and I needed a second one like an elephant needs two trunks.

But then there was the prospectus: I’d accidentally ordered the Social Sciences one. And there was a module on Visual Culture which looked awfully interesting, and tied in nicely with some of the things I was researching…

That was when I became a study addict. I signed up for the Visual Culture module, even though it would leave me broke and working till midnight every night – and then I only needed another 30 credits for the Masters degree, so of course I had to take another module.

By then I was broken. Social Sciences led to Science, with courses in Astronomy and Physics (that one didn’t go well – it turns out that you need to actually remember some Maths in order to succeed at Physics). Then English Literature (why? I don’t remember) led to Creative Writing, which earned me a Diploma and caused me to write some truly appalling poetry (a Limerick Page will be under construction soon). Then it was back to Education, with a technological spin thanks to the Masters in Online and Distance Education, despite the fact that I barely know how to switch my computer on.

Where next? I don’t know. Perhaps I’ll stop, and my family will breathe a collective sigh of relief that I will no longer be ranting about TMA cut-offs and pedantic tutors who think they can criticise my punctuation. Then again, I rather like the sound of the Children’s Literature module… And once I’ve finished my current Masters, I’d be in a good position to apply for the Doctorate in Education, which you can do from home part-time in three years. Now, where did I put that prospectus…?

I’m doomed. I’m broken, I’m addicted and I’m doomed. My only consolation is that I’m not alone. If you’re reading this, welcome to the meeting. My name is Cora Beth, and I’m a study addict.

2 thoughts on “Becoming a Study Addict, by Cora Beth Knowles”