This week I was delighted to reach the pinnacle of classical artistic accomplishment. Yes, that’s right: I was awarded first prize in the Roman History category of the Legonium Photography Competition! (I’m very proud: I haven’t even won a raffle in years…!)

The brief was to take a picture of a scene from Roman history using toys or household objects – and I do live with a lot of toys, so it wasn’t much of a challenge. Here’s my winning entry, composed with the help of my son, who donated the toys and then watched me with a condescending smirk as I tried to get the lighting right on a bus wearing a crown… 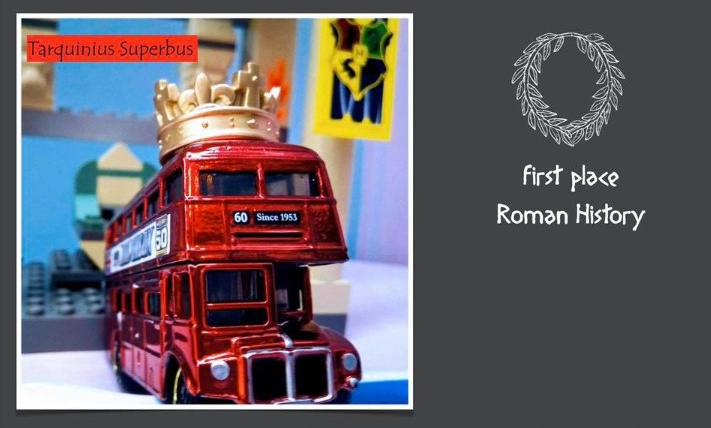 I like to think that this makes me a World Champion in the art of Representing Roman History Through Toys (along with judge Sarah Scullin, of course, whose pioneering work in this field is unmatched). Now I just have to decide where to put that on my increasingly peculiar academic CV….!

To be serious for a minute… this sort of initiative is important to me on several levels, quite apart from the fact that it’s fun. My son was diagnosed with autism four years ago, and for a long time we communicated mainly through toys. He couldn’t speak or make eye contact, didn’t respond to his name or acknowledge the presence of other people, and medical professionals said that perhaps he never would. But we could play together in parallel, with toys that represented his interests, and it was a way of modelling behaviour that worked for him. Toys were involved in much of his therapy, from the Speech and Language sessions to the Occupational Therapy (since toys with small parts, like Lego or Playmobil, are apparently very good for building up finger strength and coordination in kids with hypermobility).

For us the early intervention made all the difference, and things improved dramatically. But even though my son is socially much more confident now, and no longer needs the practice with fine motor skills, he still rehearses situations constantly through dialogue between a weird assortment of figures. There are toys all over my house, and they all have distinct identities and jobs to do – and they certainly can’t be put away. It’s like living in the middle of ‘Toy Story’ sometimes.

So, as a classicist with an interest in autistic learning, I’ve been following closely the work done recently on Classics and autism in relation to the appeal of mythology. And it’s a pleasure to see the growing scholarly interest in classical children’s culture and in how toys (particularly Lego) open up the classical world to different audiences and allow it to be experienced in different ways. I’ve followed particularly the research by Lynette Jensen, along with initiatives by, among others, Lego Classicists and Legonium – not to mention the wonderful Lego recreations of ancient sites which have been displayed in museums around the world.

That’s why I’ve chosen the Legonium Latin reader as my competition prize: because I think there’s a great deal of value in learning through toys, both for mainstream kids and for those whose brains process information a bit differently. I’d love to be actively involved in this kind of research myself (there’s got to be some reason why I bothered to get two Masters degrees in Education!), but that’s a luxury I don’t have these days, with a teaching-only job and the perpetual chaos of single-motherhood.

(I also chose the book because I really like Lego. But don’t tell anybody…!)

Anyway, my son is very proud that we’ve managed to achieve something that he can actually tell his friends about – and I’m basking in the sunshine of his approval. Well, temporarily at least: he’ll be irritated with me again by Sunday, and ignoring me again by next week!

Roman jewellery on a barbarian woman – The Daily Mail

The allure of Troy – The Guardian 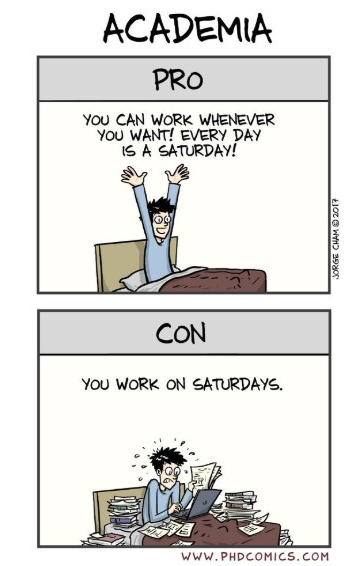 I’m Sorry I Haven’t A Clue – The Sphinx

What happened at Troy? – The Spectator

The Greeks and winning – The Spectator

Against the epic? – Archaeology of the Mediterranean World

Crochet your way into Classics – Eidolon

Naming new places in an ancient language – In Medias Res

The history of female classicists – Society for Classical Studies

Ladies in the Empire – The Exploress

11 thoughts on “Weekend Reading: And The Award Goes To…”