Over the last week or so there’s been a lot of talk, in the media and across the online world, about race and racism. Much of this is tense, immediate and important. But then there’s the Disney controversy – which, if I’m honest, has been entertaining me for the last two weeks.

For those of you who may not know the background… Disney have been producing live-action versions of some of their big animated movies for the last few years, and the idea has been such a commercial success that production seems to be stepping up. I recently went to see Aladdin at the cinema (on my own: my little boy wouldn’t touch a Disney film with a ten-foot pole); a live-action version of The Lion King is just coming out; and planning is underway for a version of The Little Mermaid (which my little cousin used to call ‘The Little Mermalade’, a name which has unfortunately stuck in my head and slips out from time to time).

And here we have the problem: the person cast to play the eponymous Little Mermaid, young singer and actor Halle Bailey, is black. Cue outrage on Twitter, and consequent outrage at the outrage.

So what? you ask. How does this relate to Classics?

There are so many connections being made with Classics and Classical Reception that I think my head might explode just trying to keep track of them all. If this isn’t material for a Myth tutorial, I’ll give up my job and go back to painting walls for a living.

You see, despite Ariel being a fictional non-human from a fictional underwater kingdom, there’s a hint of Ancient Worldiness here (activated primarily by Ariel’s father being King Triton, who has his own connections to Homer, Hesiod and Virgil) which gives us licence to wave our classical scholarship around a bit.

Many of these connections have been explored this week in an Artsy article which is well worth a read. But here are a few for you to play with…

Myth and reality. The question of ‘mythical race’ is always an entertaining one, because people weirdly become very invested in it, despite its obvious unreality. We saw, for instance, lots of similar online ranting when a black actor was cast as Achilles in the recent BBC series about the fall of Troy. So the online debate about whether a princess of Atlantica would have been black or white (or ginger, which has appeared as a significant element of the controversy) is just fascinating in its bizarreness. The hashtag ‘NotMyMermaid’, used by some of those who object to the casting, says a lot about identification and identity.

Perceptions of colour. Don’t we all love a good discussion of how colour words change between cultures? Homer’s wine-dark sea has been mentioned once or twice, as you might expect. The whiteness of ancient statues and related ideals of beauty have also come up, in reference to ancient polychromy.

Identification with gods and heroes. I never thought I’d see the day when Xenophanes was discussed online in an article about Disney princesses, to illustrate the point that people imagine gods in their own image. This is a dream come true, people. Finally I can use cartoons to demonstrate the value of studying Presocratic thought…

Reception. Hooray! Here we get to dig into the big questions about what the ‘original’ is, how ‘faithful’ we should be to it, and what it means to reimagine an imaginary story in a different form and for a different time. Oh yes, there’s definitely a whole tutorial here: my class next year may end up spending a lot of time watching The Little Mermalade…

So you can see why I’ve been following the online response to The Little Mermaid with such interest, and why I’m intending to see it when it’s released. It’s my scholarly obligation. It has absolutely nothing to do with Ariel being my second-favourite princess (for her obsessive collecting of artefacts from a strange culture, and her strangely Ovidian voice-loss). Nothing at all. 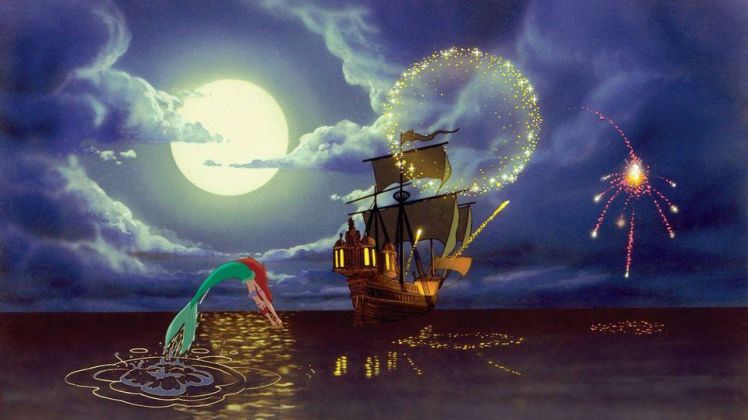 (And if you don’t know who my favourite princess is, you don’t know your Disney movies as well as you should. Go find a small child and show them this website: they’ll tell you.)

Elsewhere around the Classical Internet…

‘Most accurate’ Rome model – The Sun

Rome’s plebs and Corbyn – The Spectator

Politics and the story of Tutankhamun’s tomb – The British Academy

Interconnectivity in Classics – Coffee and Circuses

The fall of Sejanus – Life of Caesar